This anthology includes five nouvelles written by Louis Alexandre Forestier in recent years on different subjects but with a common denominator: romances between African American women and white men. They are therefore part of the vast Swirl movement. The stories are the following:

Do you love bwwm interracial novels? Keisha- A Swirl Romance will awaken your hidden fantasies and satisfy your innermost desires.

A beautiful African American woman meets a young white foreigner in New York City. A torrid affair begins in an environment whose values regarding acceptance of interracial couples are changing. The woman experiences the clash between certain taboos and feels that loose fragments of her life strive to come together.
The couple builds the relationship overcoming adversity from the circumstances in which they live.
A contemporary novellawithshrewdinsights on certain deeply ingrained attitudes that often go unnoticed.

Reading it will thrill you.

This novel will make you explore your most intimate and shameful fantasies, those that you have closed down under social taboos. Whether you are a man or a woman putting them in the light of your conscience and your desires will have a liberating effect.

Reading this novella will compel you to reexamine your true inclinations in hidden and profound themes. You will experience an awakening.

An infamous network of human traffickers surrepticiously brings young women from Africa to New York. One of the girls escapes and a fierce womanhunt begins. In the desperate defense of her life the girl puts at stake unsuspected resources. The trafficking organization includes members located in upper echelons of power in the city that tighten the knot around her.
A vibrant thriller of the noir subgenre that will keep you in suspense from the beginning to its dramatic end.

Do you love bwwm interracial romance? Cristelle will awaken your innermost desires and fantasies.

An African and two Haitian young black women live in Buenos Aires, in a completely different ethnic and cultural environment.

They have to adapt to a society that accepts them but of which they often ignore the rules.

In these circumstances they have to make their living and seek love. For these purposes they do not hesitate to resort to magickal means. 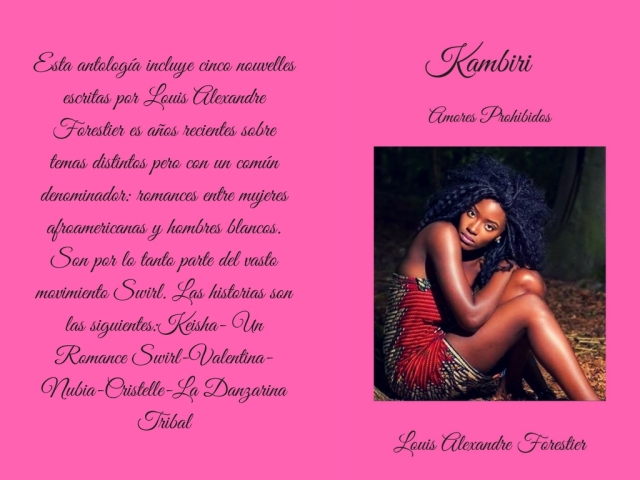